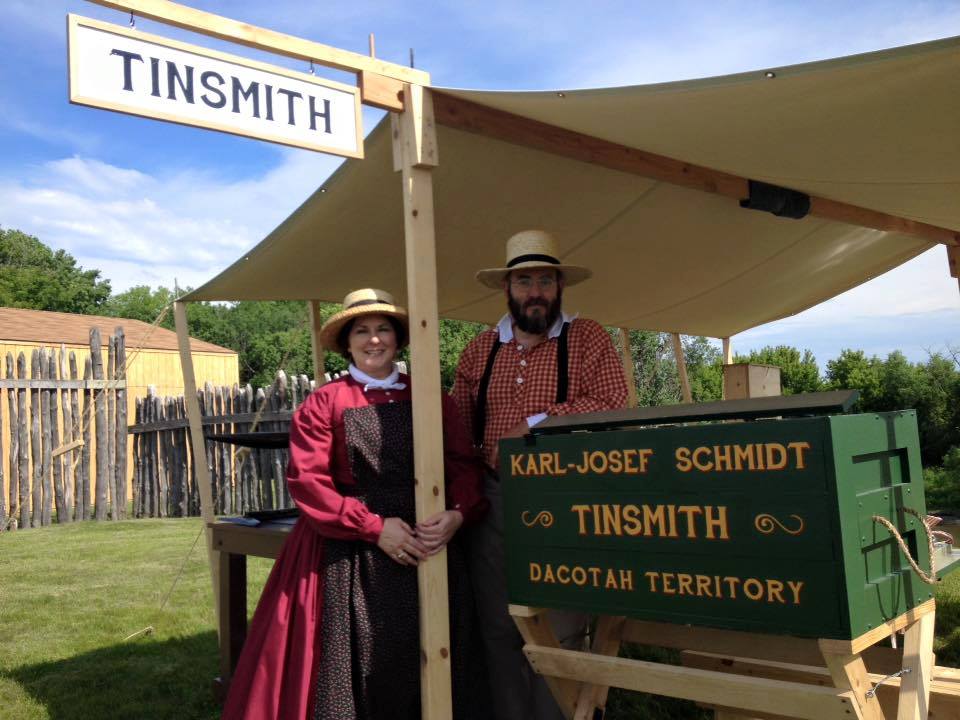 Tell us about your business

Dakota Tinworks is a small, family-owned business, based in Estelline, South Dakota. Karl, who is the family tinsmith, makes a variety of practical and decorative tin items, many of which are based on 19th century historical examples, and are made primarily with 19th century tinsmith’s tools.

Karl trained as a historical tinsmith with Loren Miller at the Stuhr Museum of the Prairie Pioneer in Grand Island, Nebraska, and with master tinsmith William McMillen at Historic Eastfield Village in rural East Nassau, New York.

Karl’s tin work has been purchased by many private individuals across the United States (30 states and counting!), and he has done commissioned work for a variety of people and organizations, including an art museum, a historical society, and two historic sites.

What inspired you to get involved as a vendor at Christkindlmarket Des Moines 2018?

We wanted to be involved in the Christkindlmarket Des Moines 2018 because we all had such a great experience at the Christkindlmarket in 2017. The organizers were wonderful, the event was enjoyable, the people we met were friendly and interested in what we do, and the sales were fantastic! It was a great way to end our year and we look forward to our return to CDM in 2018!

What products will you be selling at Christkindlmarket Des Moines 2018 and why did you choose them?

We will be offering many of the things we offered in 2017, but plan to bring much more stock with us to meet the demand for items that proved extremely popular like tinsel, ornaments of various kinds, and tree toppers. Karl has already designed a series of new ornaments this year which will be for sale at CDM 2018. In addition, we will be offering candle holders, candle sconces, a variety of lanterns, cookie cutters, cups, and so much more!

We are thrilled to be a part of Christkindlmarket Des Moines for 2018. It’ll be the highlight of our year.